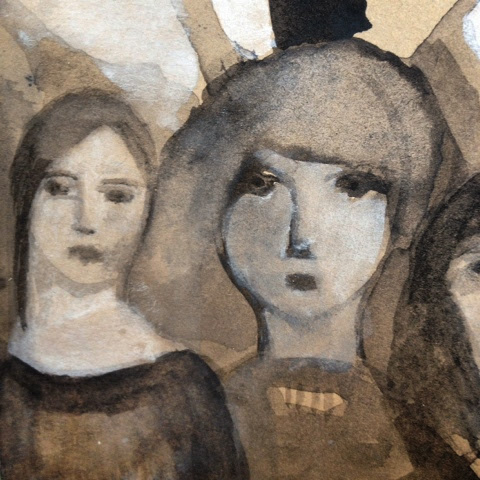 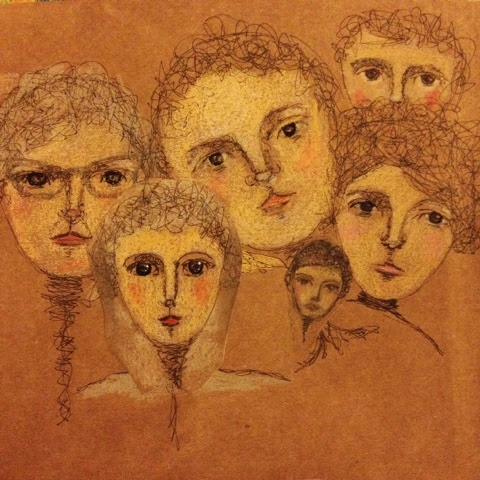 what a fun two weeks with watercolors and scribbles, sketching and drawing
monochromatic, negative space and larger formats, all new experiments as i delve deeper into my self described mixed medianism. 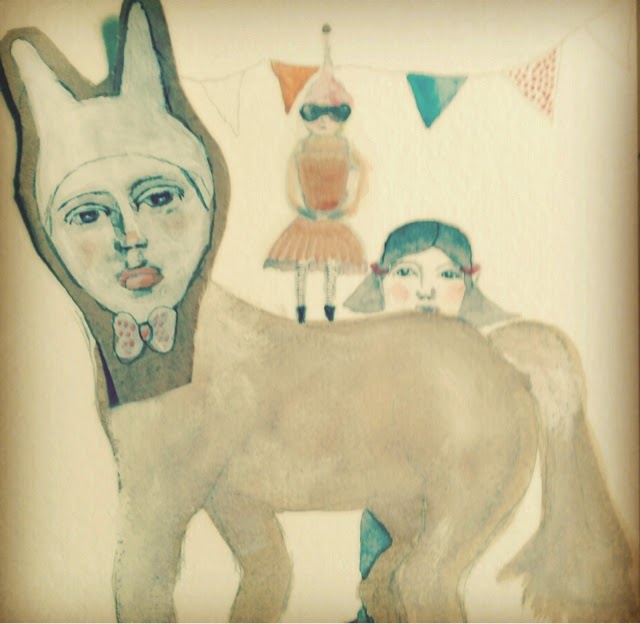 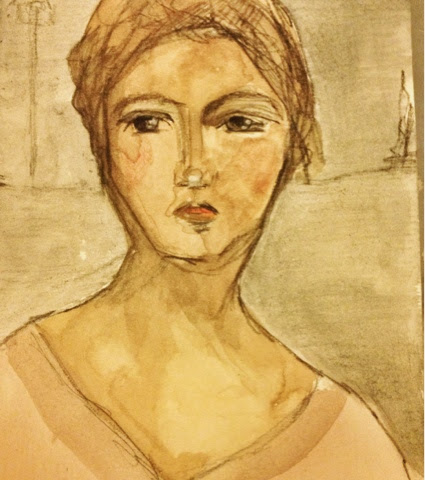 i also love using walnut inks instead of watercolors since i love the brown vintage hues. 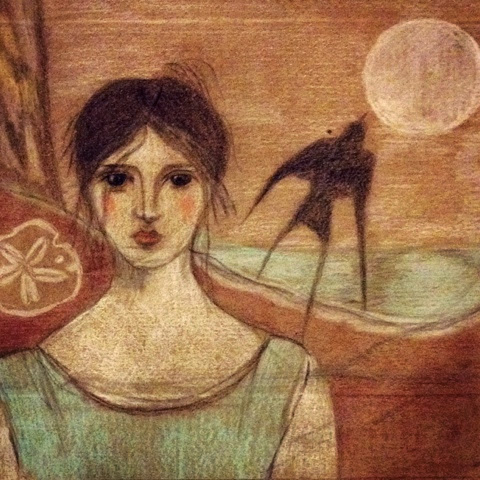 this large drawing is all colored pencils 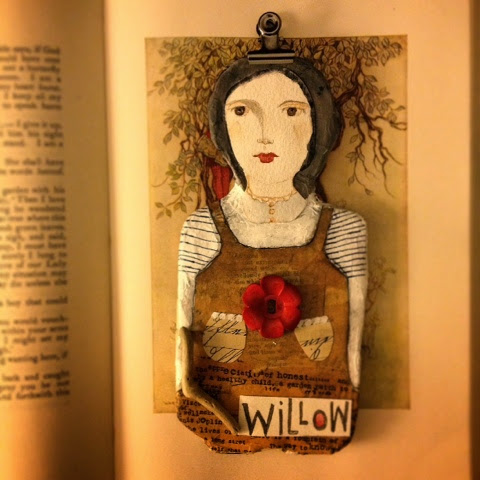 i keep defining myself as a mixed media artist, mixed medianism being that i don't like to use the same mediums too long at a time, these paper mache dolls being an example of the detour i took this week. 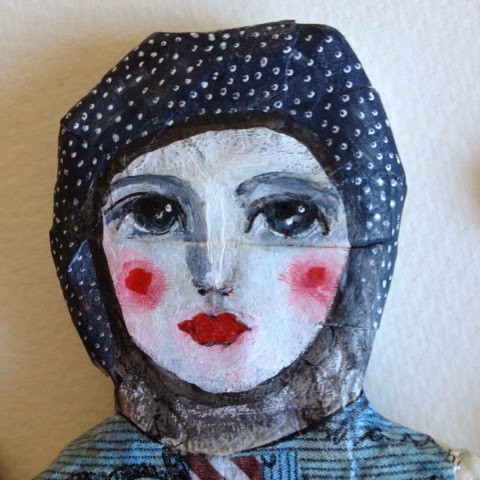 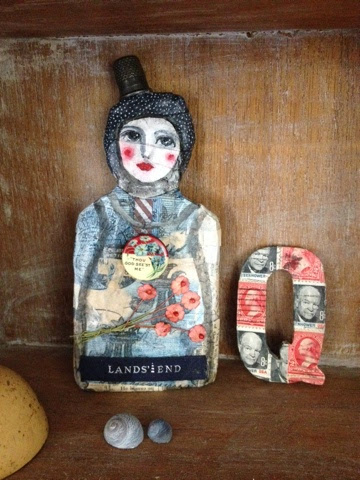 and then exploring some more darker paintings as i play with brown paper and watercolors. 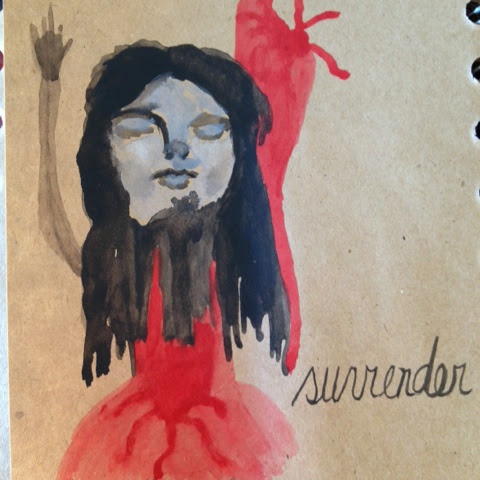 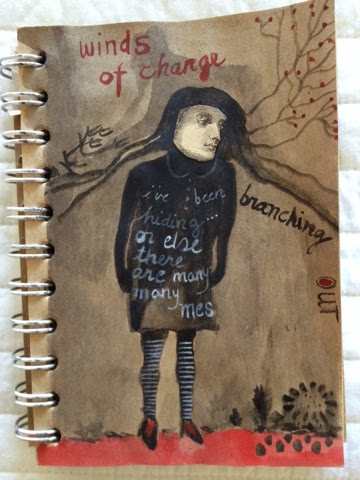 there is a mysteriousness to watercolors 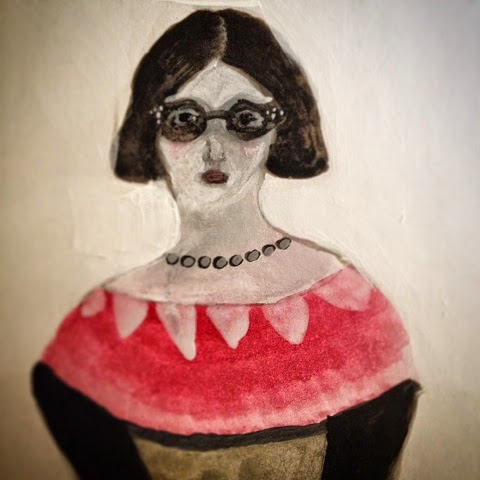 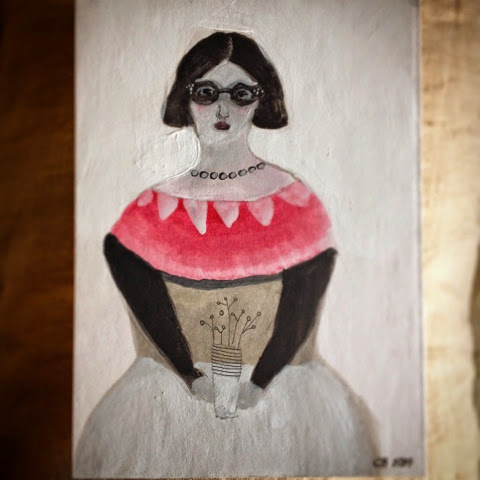 cathy cullis is having a brown paper art challenge in september. as i was reading about it, i got the urge to paint a cathy cullis inspired three toned watercolor thus the result above. i love the simplicity of her work which is not as easy as it looks since watercolors can be tricky. they even say among artists that it is the most difficult of mediums.
but i just play with them not expertly but with a keen will at exploration. watercolors are magical....they start to reveal images hidden in the layers of water and paint. 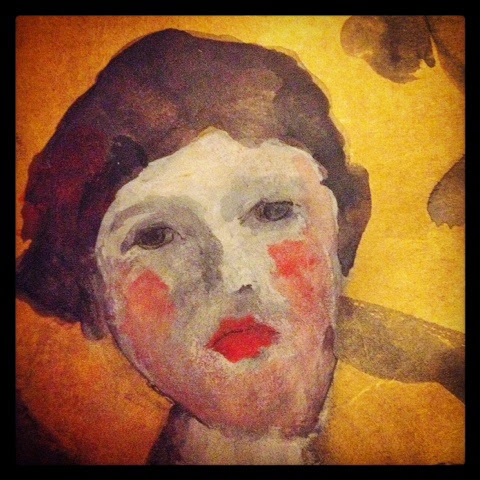 here is one of my darker ones. i have been subconsciously painting quite a few shielded women: armored, protected, vigilant. 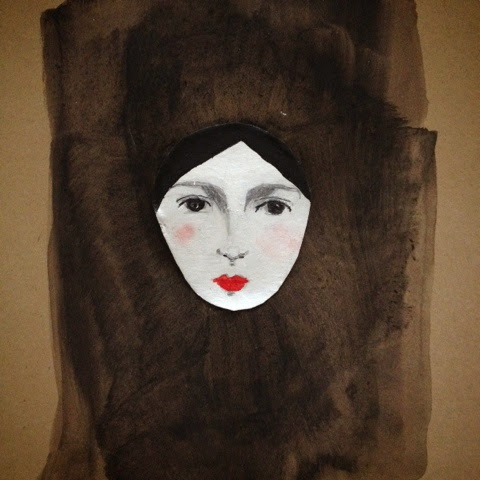 followed by a lighter one 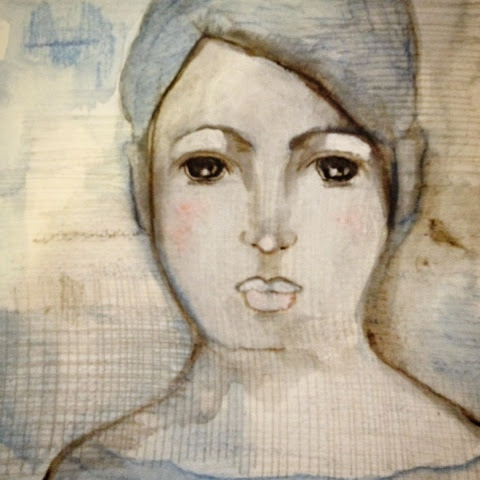 i explored a bit with using the watercors with other mediums attempting some depth and layering to the paintings. 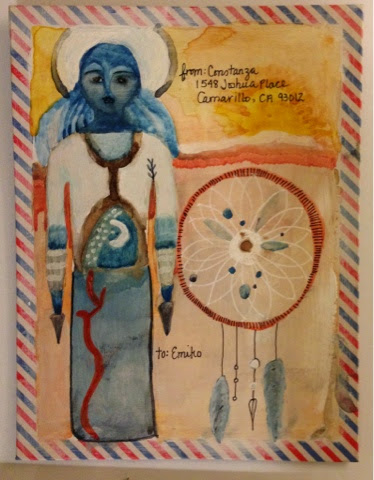 such as this mail art i painted for my friend Emi in Canada. 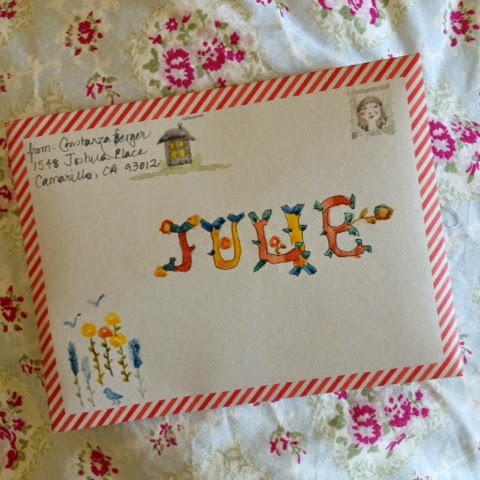 and this one for julie as i needed to mail her my hand embroidered feathers anyway. why not make it mail art? 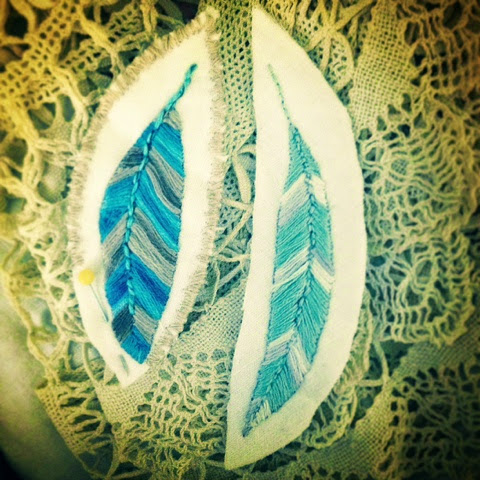 for one of her dreamcatchers. 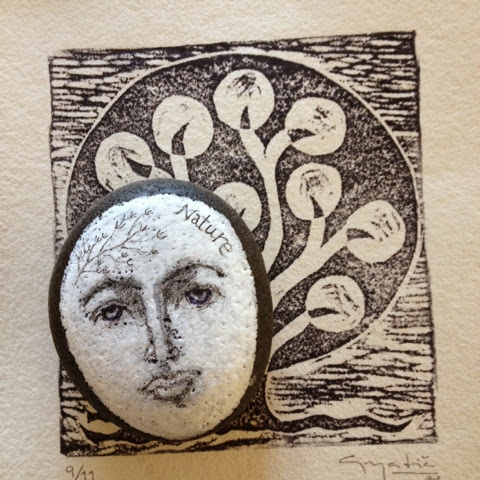 julie was who got me turned on to
painting on rocks. 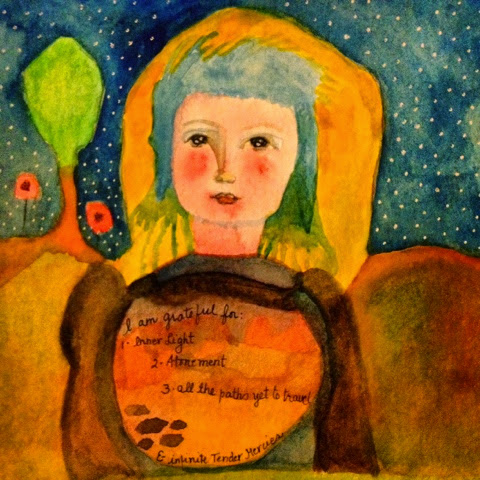 i love this newfound medium. 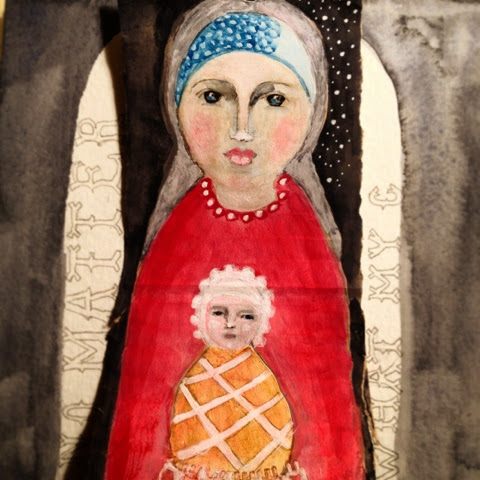 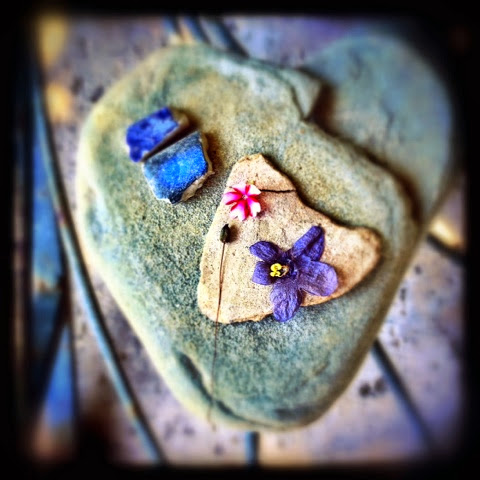 hope your week has been as creative as mine.
Posted by PeregrineBlue at 12:40 PM 2 comments: