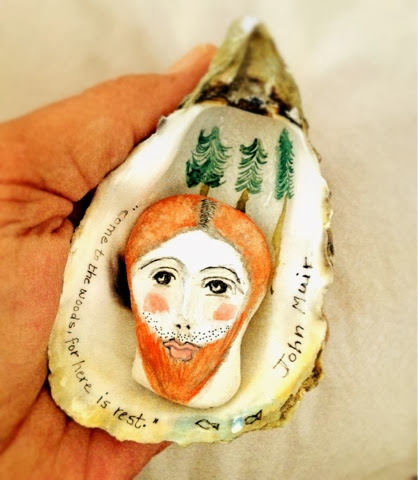 mother, daughter trip
up, up, up
bay bound a singin' 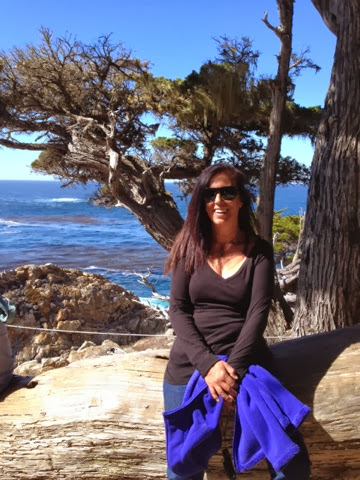 we couldn't have asked for better weather!  up hwy 1 we drove, my daughter and i to visit her brother jon, now living in oakland. 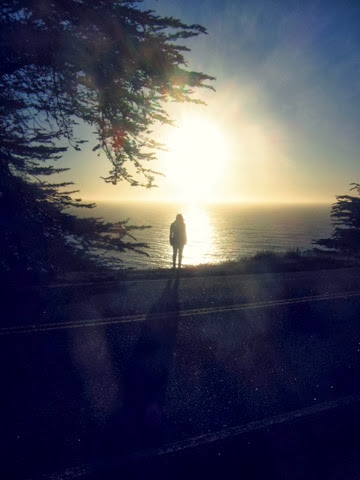 we only had four days since tati had to be back to school and work by monday so we set off
mainly focused on seeing jon, hoping to make the best of the little time we had been given.
it was a miracle what we did with those four days, stopping everywhere along the way, cambria, point lobos, big sur, carmel for the night, and two days of the most amazing oakland we could have imagined.
jon had carefully thought out where to take us. an exquisite dinner at MUA, the first fridays art walk, lake merrit, an antique shop, and the crowning point, the chapel of the chimes in piedmont. 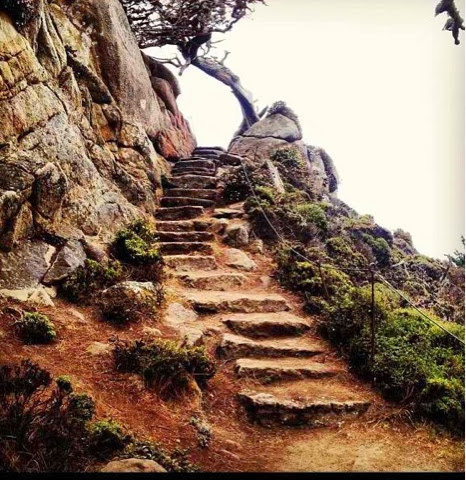 point lobos was open in spite of the federal shutdown since it is a state park.
there i randomly placed the many oyster shells i had painted, inspired by lynne hoppe, as little gifts for the many hikers.  two in particular that really fit the scenery, a shrine of the virgin mary and another of john muir.  i would have loved to leave the horse, but tatiana had claimed it as soon as she saw it finished and i gave in; how not to keep just one.  well, actually three since a few instagram friends had shown interest in them and i promised to mail them to them. 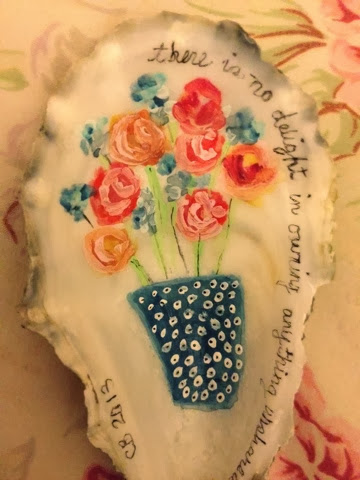 this little beauty was placed at a tombstone in piedmont 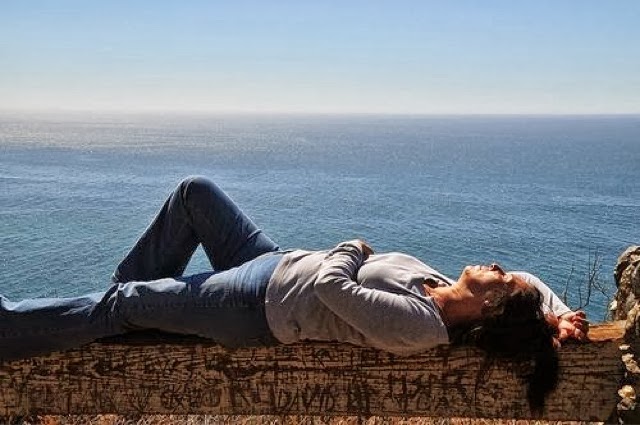 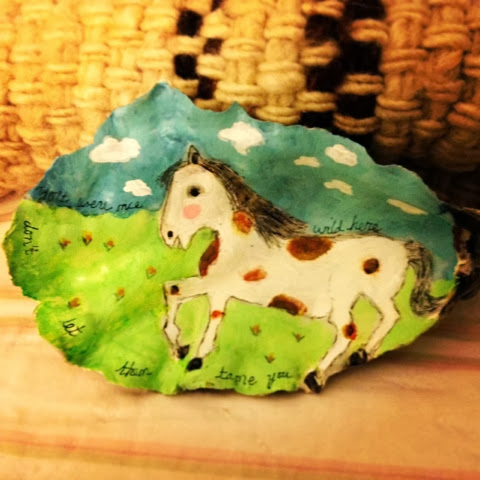 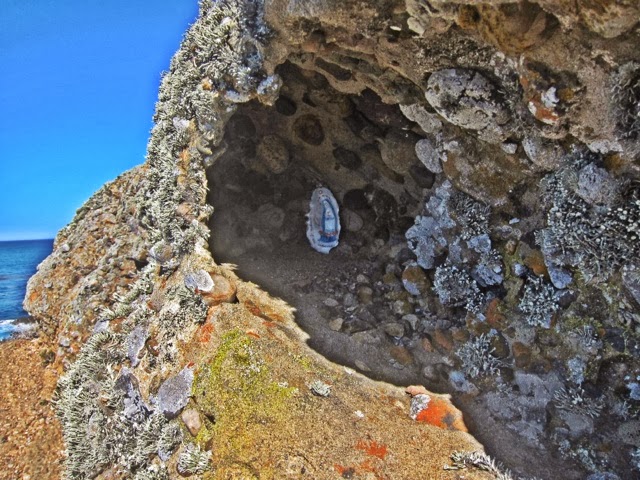 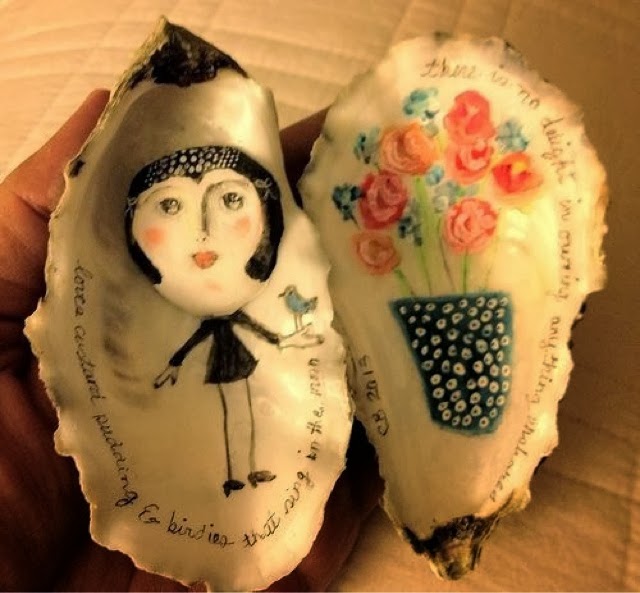 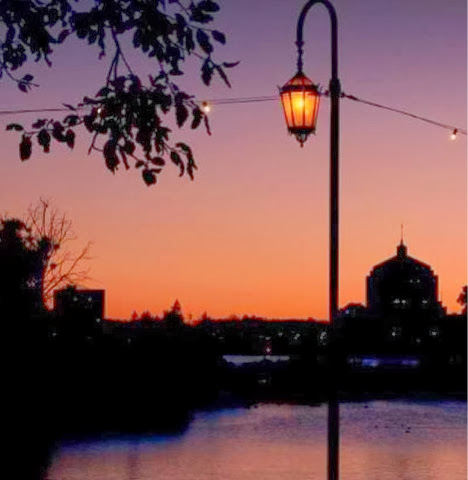 a few more were placed in trees at lake merritt, where we spent a good part of the day 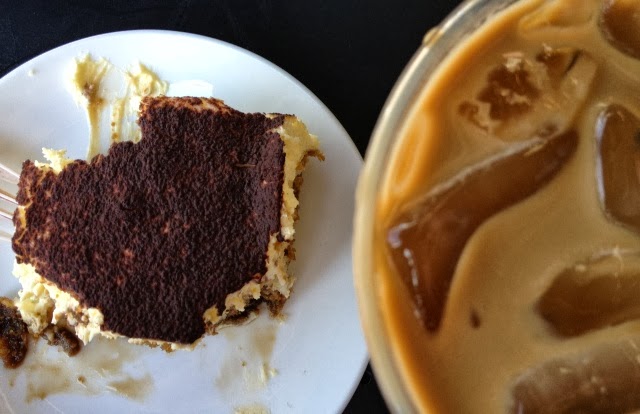 stopping only for coffee and tiramisu, with hours still left to take in as much as we could. 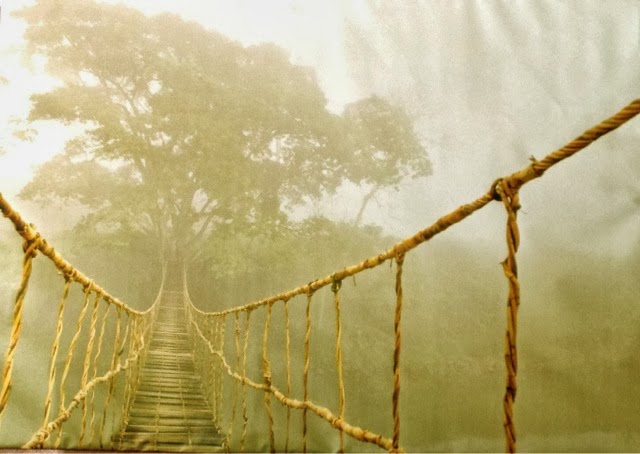 there, at that coffee shop, was this beautiful photograph on the wall which briefly reminded me of chile. 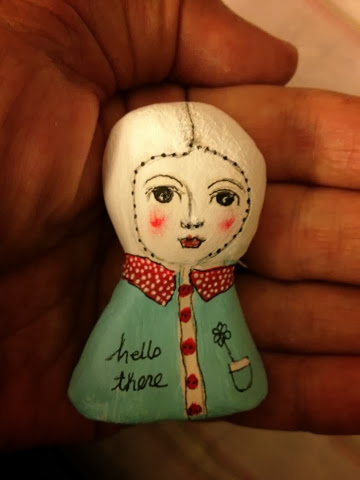 this little paperclay sculpture was also one of the random placements.  i wonder now if anyone has found it and what they think. 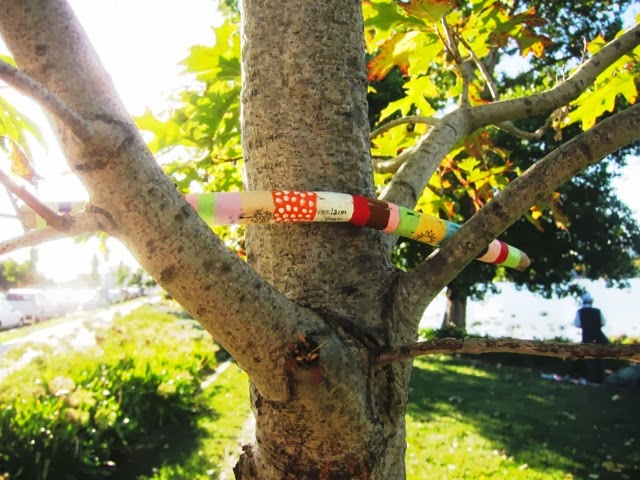 a totem stick placed on a tree 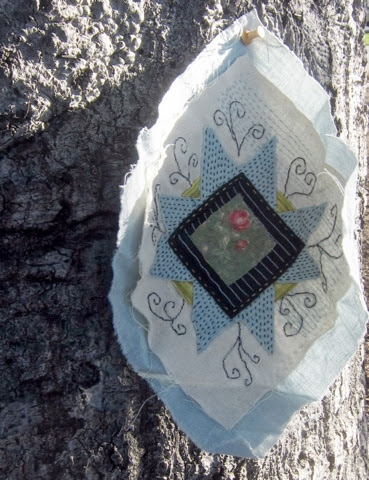 another random patchwork square tacked to a tree 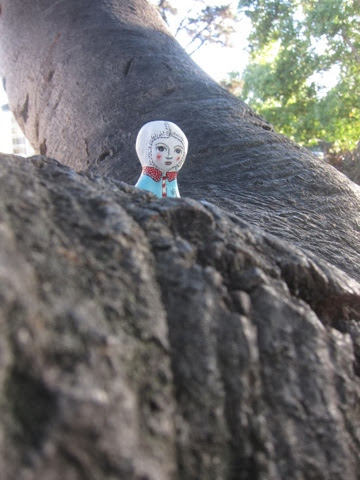 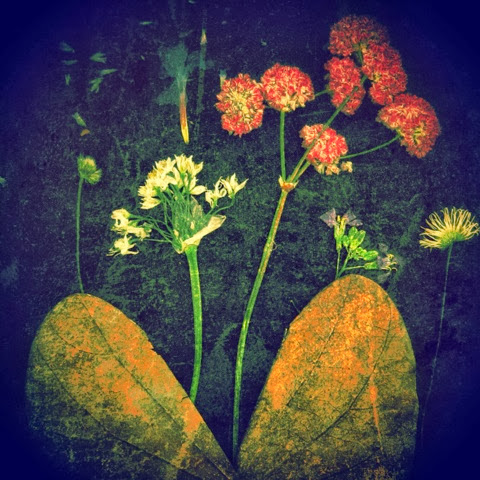 as i always do on trips, i pressed flowers found on the trails 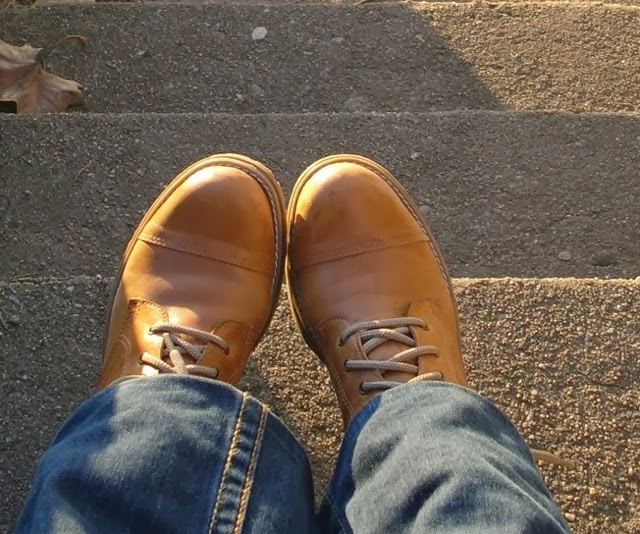 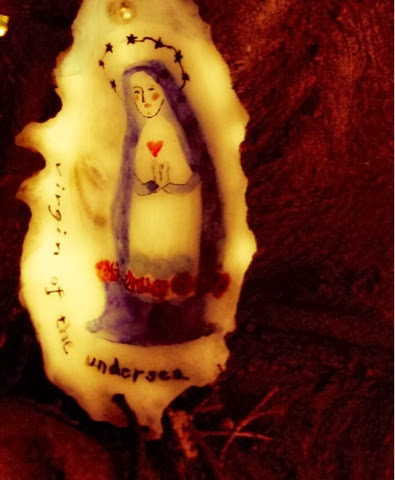 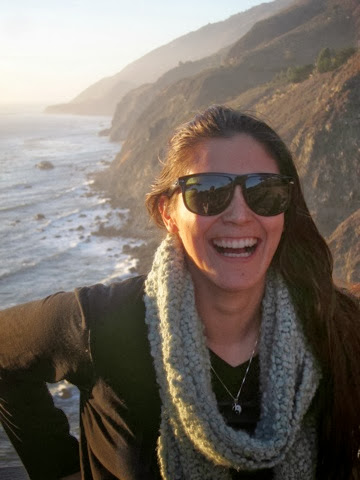 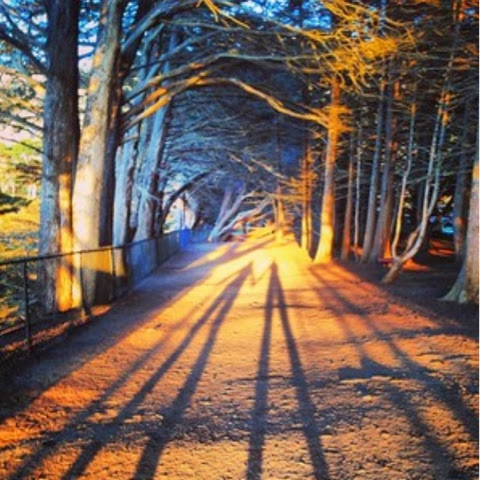 ofcourse we had to take a holding hands pic
we were so busy having fun, we forgot to take a group picture
but this is the boy that started it all 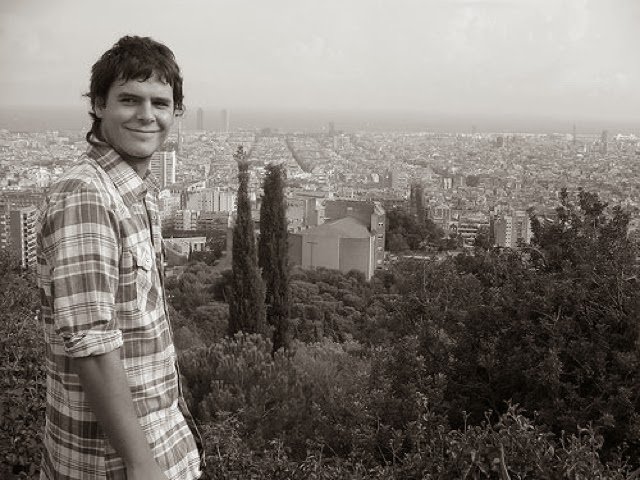 can't wait to come to see you again 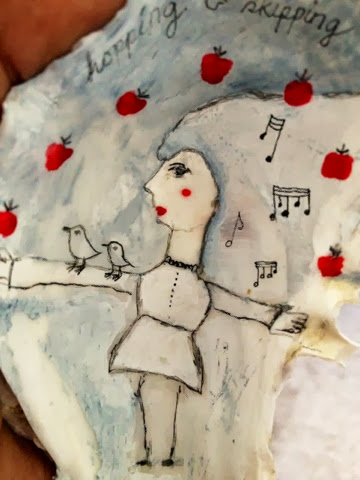 thank you lynne for teaching me how to get in touch with myself again
and the power of random acts of kindness
Posted by PeregrineBlue at 10:52 AM 15 comments: